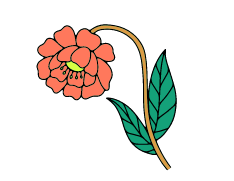 Shabbat Fusion with a Twang

Hazzan Stein will join Rabbi Oren for Shabbat services as we chant Shirat haYam, starting our journey from slavery in Egypt to freedom. Free, followed by Kiddush lunch.

Guest musicians Michael Allen Harrison and Hazzan Stein and others for a musical exploration from Middle Eastern to Bluegrass and everything in between. Tickets: $18; sponsorship opportunities available, email Jemi at executivedirector@shaarietorah.org. Doors open at 6:15 pm, havdallah at 6:30 pm, 7pm concert.

Hazzan Mike Stein’s career spans from being in the original cast of JC Superstar and two other shows on Broadway, to playing fiddle for four presidents as a member of The United States Navy Band, to being nominated for a Grammy award in Children’s music and a solo artist with Pete Seeger and Sweet Honey in the Rock on the CD “cELLAbration,”and being on Season 7 of the “Voice.” He is a sought after violinist, having appeared on the Grand Ol’ Opry and the Nashville Now show many times. He has won four WAMMY awards (Washington DC area music awards), a Parents Choice Award and a National Library Association award for children’s music. He has played/recorded fiddle for artists Mary Chapin Carpenter, Eva Cassidy, Tom Paxton and Jonathan Edwards. He is the composer of a patriotic song “We Are With You,” that is part of the “Greatest American Songbook” (Hal Leonard). Mike is also the recipient of the coveted Samuel Rosenbaum award for Scholarship and Creativity from the Cantors Assembly. He taught extensively in communities in Uganda, Kenya, Zimbabwe and Poland. He has produced albums for Theodore Bikel z”l, the Abayudaya and the Lemba Jews of Zimbabwe. He sits on the board of the Interfaith Solidarity Network and is creator of the Afro-Jewish Alliance. Recently he created a show for JLTV called “Shabbat With The Steins!” He has been the hazzan at Temple Aliyah in Los Angeles for 23 years. He has three sons, three grandchildren and together with everyone he has created a musical group—“The Rolling Steins.” Register for Shabbat Fusion Here
Hazzan Stein's Website

Michael Allen Harrison delivers music to the heart. His classical contemporary style carves a distinct niche of timeless music that has connected with thousands throughout his three-decade career. Michael is an American composer, songwriter and pianist from Portland, Oregon. As an iconic artist, he is known for his magical piano solo performances and recordings, his upbeat sound with his band, his work with inspiring vocalist Julianne Johnson, his skills producing and creating music for ballet, theater and film, his love for teaching and for his giving spirit. Michael is the founder and president of the Snowman Foundation, the Ten Grands concert series, and the beloved Christmas at the Old Church concert series, approaching its 25th season.

He has created over fifty albums released through MAH Records.